Bringing the CDHS 2023 Reunion to you is our dedicated Steering Committee! They are passionate about pulling off a stellar event and ensuring you have a great time, so be sure to reach out and connect if you see them.

Be sure to hover over each of the pictures with your mouse – you may see some familiar faces! 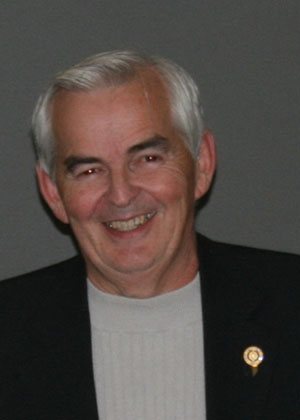 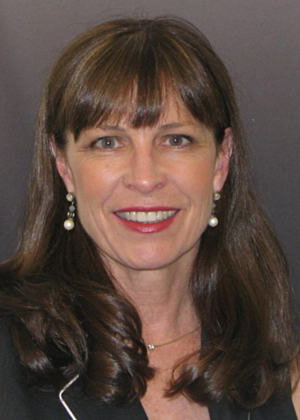 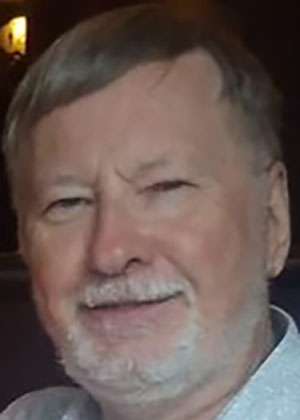 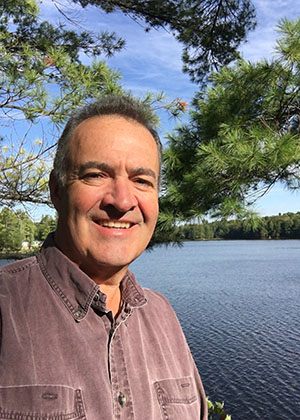 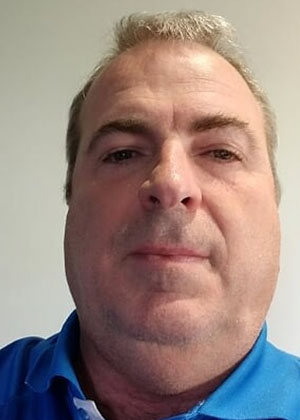 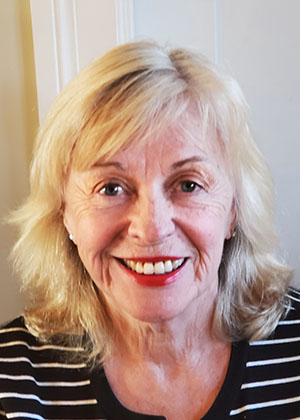 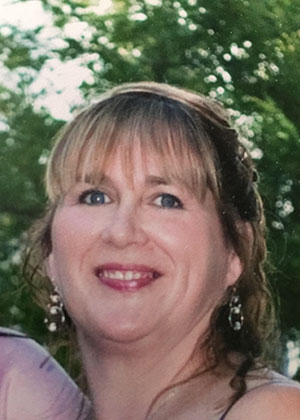 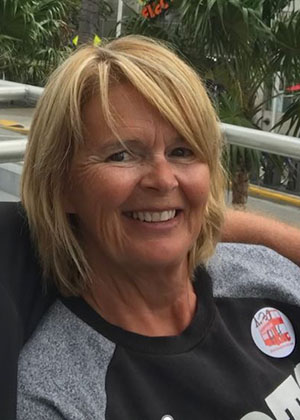 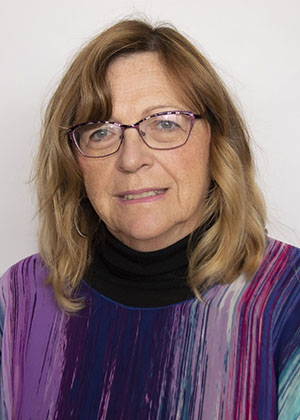 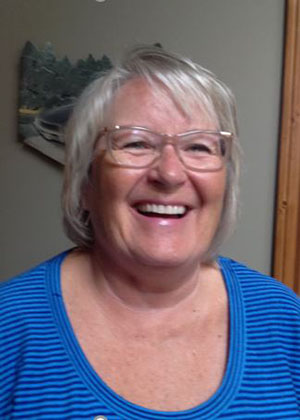 Dave grew up in Campbellford and survived CDHS leaving in the spring of 1972 with a Grade 13 Diploma. He graduated from U of T in ’75 (B.Sc.) and started a career in Industrial Water Treatment for 18 years where he reached the role of VP of Sales and Marketing for a chemical firm that was later bought out and Dave received a rusty hand shake. So, in 1993, he moved to Brighton to start a new career as a financial advisor with London Life and now owns (with the kids) Lighthouse Wealth Management with offices in both Belleville and Brighton.

Dave is married to Jean (Redcliffe) – a gal from BC (Back of Cordova) who he met at the Meyersburg Barn Dance in 1972. 2023 will be their 50th Anniversary so he is inviting all of you to come celebrate with them on July 14 – 16th. They have two children – Gary and Angela who are in the process of helping Dave semi-retire from the business (good luck on that..lol). And, they have three grandchildren and are expecting their first grandchild in March 2021. Dave has always been a big believer in giving back to the communities and in 2015, he was recognized as “Citizen of the Year” in Brighton. He is excited to be the Chairperson of this Reunion and wants to stress how great a team of volunteers we are creating to make it a success.

Marsha graduated from CDHS in 1971 and started a lifelong journey in learning –Carleton University, Ryerson University, MBAs from Henley Management College (UK) and Universite de Grenoble (France). She worked as a writer/photographer and then editor for the Campbellford Herald, then moved into marketing, then moved into IT –where she has spent most of her career –Toshiba, IBM, a Danish company –IT Factory, a couple of dot-coms and now Cisco. She’s married to Terry Napper (also a CDHS grad) and has 3 children and 3 grandchildren.

After graduation from C.D.H.S. in 1974, Stephen went to Sir Sandford Fleming College in Lindsay (now Fleming College) to obtain a Thematic Cartographic Technician Diploma in 1976. After working as a Junior Cartographer in the Hydrographic Data Centre at Canada Centre for Inland Waters, Fisheries and Oceans Canada in Burlington, Ontario, he went back to the family dairy farm. Lived in Ottawa from 1980 until 2015 where he worked in several jobs as a Public Service employee for the Federal Government. After his last job, writing the publishing policy for National Defence, he retired and moved to Saint Jean-sur-Richelieu, QC to be with his partner, Carmelle Gagnon.

After completing high school in 1978, Paul attended Sheridan College in Oakville and graduated with a diploma in Photography. He then made the big trip to Alberta, like so many others. In the twenty years he spent in Alberta, he skiied a lot, worked in the construction field and then worked in Calgary for NOVA Corporation, as a professional photographer and video producer. Paul owned his own visual communications company, called Rocky Point Productions for 20 years. He was very fortunate to meet his lovely wife Colleen and they have three fantastic children; Kelly, Kate and their son Dylan. In 1999, they decided to move back home to Oakville where they continue to enjoy a wonderful life, especially free time at their cottage on Go Home Lake. Currently, Paul is the Branch Manager for Synergy Land Services in Cambridge.

Rob Pope graduated from CDHS in 1983 and the University of Toronto in 1986. After working in Toronto for several years in the computer field he moved back to Campbellford with his wife Anne. Rob has been involved in computer software with local companies. Rob & Anne have 2 children -both who attended CDHS and have 4 grandchildren. Rob’s interests include squash, hiking, woodcutting and the Rotary Club.

I grew up in Campbellford, left CHS after Grade 12 in 1961 and graduated from Ontario Ladies College the next year. I attended Peterborough Teacher’s College, taught in Toronto, lived in England and Holland and ended up in Trenton, as a Special Education Consultant. I became interested in Organizational Development and began a new Toronto career in management of several Ontario not for profit organizations including the Multiple Sclerosis Society and Ontario Learning Disabilities. I then started a new career in executive recruitment as Director of Research in Toronto for Korn Ferry International and then running my own Research business. In 1996 I became a real estate agent and then a real estate broker and am still enjoying a 25-year long career in this business.

I married Herb Koplowitz, a management consultant, in 1988. We live in Campbellford as well as Toronto. From my earlier marriage we have two children: Melissa Smeets, now a real estate agent in Campbellford and Jason Smeets, a cab driver in Peterborough. Both of them have attended CDHS. From Herb’s first marriage (I’m his third AND FINAL wife [I can say this with confidence after 31 years]) we have Jesse Koplowitz, a high school math teacher, who lives in Washington. We have three grandchildren, one in Peterborough and two in Washington D.C.

We love to travel. We honeymooned in Nepal, where Herb had been a Peace Corps Volunteer and when Herb’s work takes him abroad, we use that as an opportunity to travel. In 2008, Herb’s work took us to Moscow for five months. Our latest adventure started in January 2020 when his work took us to Jakarta, giving us an excuse for a five-week trip in SE Asia including a cruise that ended in Singapore in mid February. (The adventure of that was never being sure whether the pandemic would prevent us from getting off the boat.)

Elaine’s love for special events began on the family farm near Hastings,  much before she arrived at CDHS. But it was her time spent during an amazing 5 years there, making life-long friendships and participating in such things as drama, band, activity days and the student council that nurtured her spirit and allowed her to view life in general as a special event. After graduating CDHS in the class of 84-85, she worked in Bruxelles, Belgium as a jeune fille au pair, then returned to pursue her university studies at Carleton University in Ottawa.  Elaine was offered a dream job as Coordinator of Performing Arts and Special Events at the National Gallery of Canada (in Ottawa), which she graciously accepted.  A few years later Elaine changed career paths due to family commitments and accepted a more family friendly schedule with Service Canada.  This change in career did not stop her desire to seek out opportunities and be involved in as many special events, charitable functions and  seasonal theme parties her schedule would allow. Her passion for theme parties has come in very handy while raising her three girls – they have been treated to some blow out birthday bashes over the years.  Elaine retired from the government in 2019 and currently resides in Gatineau, Quebec.

Bev. Spencer (Sharp) graduated from CDHS in 1977. She married Doug Spencer and together they raised 3 beautiful children and now boast 8 grandchildren. Together they ran a 130 cow dairy operation working close to 1000 acres of land. In 2016 they sold the operation to their son Steven. Bev. graduated from Loyalist College as an RPN and had a successful career as a nurse. She will have retired from nursing after 30+ years in Nov. 2020. As a nurse Bev. had a varied career ranging from hospital nursing, representing the College of Nursing, and finished her career as a staff nurse at Trent Hills Family Health Team. Over the years she has been a piano teacher, 4H Leader, Agricultural Representative for Water Source Protection, Secretary for Marmora Minor Hockey and Junior Women’s Institute member.

Evelyn graduated CDHS in 1973. Then went to Ontario Business School the following year and received a Secretarial diploma. She only went there because her parents thought that art school was a big waste of time and money! She had applied and was accepted by the Ontario School of Art. Through the years painting, pottery and photography have been her hobbies. The secretarial thing didn’t work out and she went to work at Graham Florist in Campbellford, but after 10 years there wanted a change. She then moved to Yellowknife, NT. Her brother was up there and said come on up, so she did. Loved the place, still do. She had a job within 12 hours of landing in Yellowknife and never looked back. After working for Flowers North for awhile she went to the Government of the Northwest Territories. Education was there for the asking and she finally worked her way up to a Project Management position with the Department of Justice. She knows how to build a jail!

After moving back to Ontario, Evelyn did several odd jobs including receptionist at Weaver family Funeral Home and at the RBC in Hastings and Warkworth. Her most recent endeavour was as a photojournalist for the Community Press.

Evelyn moved back in 2005 to spend more time with family in the area. She says -it has been wonderful to reconnect with friends.

Eunice Stapley (Chrysler) graduated from CDHS in 1972.She then graduated from Scarborough General Hospital, RNA course. She has been married to Ed Stapley for 46 years. She worked at Campbellford Memorial Hospital for 29 years, Therapac for nearly 2 years, and then as Manager of the Campbellford District Curling and Racquet Club. Retirement is wonderful. Ed and Eunice have 2 daughters, 2 granddaughters (17 and 15) and a grandson (11).